Request: Option to remove ALL crashed sessions (windows and tabs) …

Well, whatever you can do would be hugely appreciated!  TabsOutliner is still a really useful tool for me, even with this situation.

I do like your idea of organising all crashed windows into a single hierarchy - that would make it much easier to just collapse and then delete that set.

Thanks again for writing this software, and for being so responsive to requests!

Request: Option to remove ALL crashed sessions (windows and tabs) …

Ah, yes, my apologies, I should have been clearer.  I did search through the out-standing wishlist items, and indeed the 'match up existing windows with crashed windows - and if they exist, don't create a 'crashed' version' - that'll be great when it's done.   I do try to not duplicate existing bug/wishlist items.  ;)

As you say it's a bit more complex, though, and I guess part of it will be tracking subtle changes to what a collection of tabs (window) could be while still considering a window of tabs to be the *same* as another window of tabs.

But, yes, in the very short term, just the option to drop all the crashed windows (without having to collapse them in the outliner view) would be really fantastic - and I naively hope this would be relatively easy to implement, and sufficiently useful to others.  :)

When Chrome and Chromium restart I don't get the option to not re-open closed windows - as far as they are both concerned there was no crash at the last shutdown. Well, I say that.  I mean that during shutdown there's no warning of them crashing.  And at login again when my sessions are restarted there's no mention of a crash, no option to (not) re-open the previous tabs & windows - so it just goes ahead and re-opens them all.

Outliner identifies these windows as having been subject to a Chrome/Chromium crash however - so they *are* crashing, in some sense. 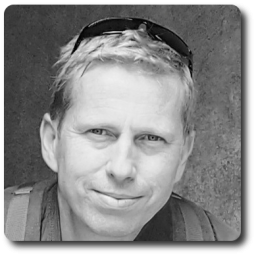