absolutely agree... I find it bizarre that the dev doesn't think this feature is useful... although I think he's simply biasing towards such a perspective because his extension is 100% custom designed and it would be an undertaking to make this feature work (so therefore he's avoiding it).  However, I wouldn't be surprised if there are "slow-to-adapt" users like me who are finding his extension for the first time just now, and see it as a potential hindrance which might be serious enough to consider using an alternate extension instead, and wouldn't buy his product.  There's just no telling how much lost revenue he's missing out on just from this one elementary feature.  The fact that these comments are generally 8 years old is irrelevant... Chrome is still the primary browser in the market.

see, THIS is the information which I would add to your "HOW TO USE" section on the Tabs Outliner window...

This is basically essential information which I figured out on my own, but was not necessarily described in your guide (again, it is mentioned somewhere... either in the guide or on your youtube videos, that "Giving a node a NOTE will make it permanent", but the fact of RENAMING the node... and the fact that the same rule applies to PARENT structures, is not mentioned anywhere).  I deduced on my own that parent windows/groups would follow the same rule and apply them to any items contained within them, but it's still useful to state in your guide for technologically-illiterate people, and people who have PRECIOUS data they don't want to lose in their tabs, and just want to BE SURE your system will do this while using the extension for the first time (and not knowing how to "test it out" first, like I was able to do).

To add to this conversation, I would VERY MUCH benefit from a "Shift-click" option to select multiple nodes.  Here's my use-case.

I downloaded your extension when I currently had something like 40-50 windows.  The first thing I did was to create a group for them all as "Tabs Pre-December" (I was also thinking about calling it "Personal" so that I could have one working-session for both my personal and work computers... for that, my goal is to periodically and constantly sync the file under "chrome-extension_eggkanocgddhmamlbiijnphhppkpkmkl_0.indexeddb.leveldb" on both systems to maintain parity between machines).  To get all of the existing nodes into "Tabs Pre-December", I had to drag them in there one-by-one... which had an extra-tedious step because I also had to collapse each node in order to make the tree small enough to not take forever to drag them up (some windows had over 300 tabs when I downloaded your extension, yikes!).

With a very tall tree, dragging items one-at-a-time alllllll the way to the top was very time consuming.  To save time, I even created a new group about midway down which I dragged lower-nodes into, and then merged that group with the parent group when it was finished.  It was just a pain in the ass.

Now, you may have your own judgement about why I had so many tabs existing (it's a long story, but I promise you that was the easiest way to capture the information I was trying to preserve at the time), but in either case... my situation was what it was, and I therefore was massively inconvenienced by not being able to multi-select.

I know your entire UI is custom designed, and frankly it IS very impressive with a great guide included, but I found your answer of "Well, I never use that feature so it must not be a good request" to be fairly dense and shallow-minded.  Clearly there are people with that same request, if your comment has 11 downvotes, so if you're looking to improve your product, why not start there?

I may suggest to stress that your system will SAVE all windows simply on the condition that the NODE or a parent GROUP has a note attached to it.  There IS mention somewhere in either the guide or one of your youtube videos, that a node with a note will not become deleted unless you manually do so, but I think this was very much under-stated, and I know there will be people like me who have purchased your product for the solitary need of SAVING their work (and furthermore, saving their work across machines).  Your extension was by FAR the best design, most flexibility, and greatest "ease of use", so I'm using it over the other competitors which I did not like NEARLY as much.  HOWEVER it is very much an understatement that your product works well as a "backup" system, for saving tabs and windows.  I think where it IS mentioned, you say something like "Well, sure... the system CAN be used to save tabs and windows, the process is just a little different".  I would definitely re-word this, as it seemingly "downplays" the ease of which your product does do this task (it makes it sound like a sub-feature which may not work very effectively/be very easy... when in fact, it DOES work very well).

I would also (in your guide) word it differently so that you say very flatly:

"The software will save any window as long as the node or PARENT NODE/GROUP has a note attached.  The most convenient way of doing this is putting every window you would like to save into a group, and giving that group a note (does this also work if you give the group a "custom name"? because I would probably prefer that, and don't care much for notes).  In doing this, you can save multiple windows with multiple tabs all as one "session", and have that "backed up" in the navigation tree, while you have a "temporary set" of windows open for your current session, keeping memory low.  If any of these new windows are ones you wish to save, you can do the same process of giving this NEW window a note (or changing the name of the parent group... again, if that works), or you can simply drag this node into your other grouping for "long-term" storage.  Enjoy!"

OTHER UNRELATED TIPS 2: I may recommend in that FAQ, telling users to "Search for the filename 'chrome-extension_eggkanocgddhmamlbiijnphhppkpkmkl_0.indexeddb.leveldb' if you are unable to find it under the folder path I have described"

I was wrong that the path was incorrect... my folder VIEW options just were switched by accident to be hiding some of the folders within that path, so I couldn't find it the first time.  Your instructions are valid!  Still think adding that "Search" tip is valuable. 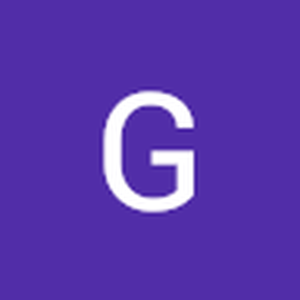