Just wanted to +1 this feature request. This will be especially useful if/when a filtering functionality is implemented to mass group/move tabs related to a particular site or topic (ie. wikipedia pages, research on a particular problem, etc).

Add an icon to quickly send users to this page …

Just like with any project where you aren't specifically working for someone else (in which case you do have to listen to their input ;), feedback forums like this aren't supposed to be a way to "manage your time" or "tell you what to do".

If anything, having a "public" forum like this should (in the end) save you more time, rather than take time away. Rather than sending you individual emails, people can come here, and over time, *most* suggestions or feature requests will appear here, and people can see if a) the feature request is "in progress/planned", or b) if it has been declined and what the reasoning is (and don't bother with asking again).

At first there will be a "burst" of suggestions like you noticed (especially from new users who may have specific uses cases others haven't had yet). But just like with every open source project, someone is "In charge" of the project (in this case you obviously), and their decision is final. If someone really, really wants something, they can patch the source themselves, but otherwise, this is your product and these are just suggestions.

"By the way, most other developers, or even complete firms, think same, yet they are more polite and maybe smarter to not say this publicly - nobody need some angry users."

I have to say I disagree with that for the record. It really comes down to *why* you are doing something. If you are making a tool *just* for yourself, and you don't care what others think, then that's fine, I throw things together for a need I have all the time... but then don't ask others what they think ;)

If you don't care what other people think, then don't ask them. People completely understand if you "don't have time" to implement something, but just because you don't have time to implement something, doesn't mean that there is any harm letting it be posted, and people vote on it just to have an awareness of what features are useful/desireable to the community of people using the tool.

*If* you ever have time to implement them (or someone else comes along who has the time/interest to implement them), then perfect. Otherwise, it at least means the idea is out there/publicly visible and people won't try to send you direct emails asking for it (and take up more of your time than is necessary).

The entire point of public feedback is to *save* you time (by preventing you from being flooded by similar requests), not to steal your time or tell you what to do. They are after all *suggestions/feedback* (not orders/demands).

Just my two cents on the point/value of public feedback.

Add an icon to quickly send users to this page …

By "solicit feedback on this page" I just mean that if you want users to come here (userecho) to post their questions/feature requests/etc, you should make it easy as possible for them to find this page (by including a "support" button or link that takes them here directly from the extension).

Ability to filter tabs (not just use built in search)

exactly, if you extend that kind of filterng functionality, you could create a special kind of "group/search" node that automatically collects tabs that apply to a given search (such as an "image" group/collection, or a collection for wikipedia tabs, so you can quickly see the number of tabs opened of a given type or from a particular domain).

If the underlying functionality was there, it could definitely be extended in interesting ways.

Option to always display tab/group counts (not just when node …

The count of open tabs is shown in the extension icon/mouseover. If you think it is useful to show the tab/group count for a given node when it is closed, then why is that information magically not useful when the node is open?

I don't think it is useless or duplicating information because the numbers show on the tab icon/mouseover are different than the numbers shown when a node is collapsed. Being able to see those numbers without having to collapse nodes to see them is useful when judging if a session is getting a bit too "bloated" and it might be time to fork it to a new window or an entirely new session.

I'm not trying to argue, I'm just trying to explain my thinking about why this isn't duplicating existing functionality or introducing a useless bloat. 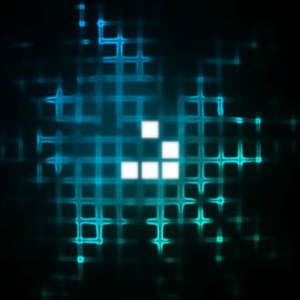