TO Support in Vivaldi Browser

>>> but Vladyslav Volovyk asked them to remove everything related to this plugin, right down to the still-broken image example, and the project seems to be dead.>>

This is simple not true.

I asked to remove only my copyrighted materials. Development of the FFTO and many similar ports stopped just because it way complicated than you think to make something like this.

And sure, here will be soon some big updates. Tabs Outliner is still in the development.

And it's not actually a Tree Style Tabs clone

And Just for compassion of what it takes to build such things:

The Drag and Drop and many other features that TO have was promised by developer of Session Buddy for 5 years at a moment i started TO development. And they still absent, 5 years later.

Vivaldi support is also planed to be released  soon.

I tested with 20 000 visible nodes with Chrome Canary and looks like this bug is fixed in Canary now. But it might take several months actually until current Chrome version will be replaced by current Canary version.

When will tabs outliner be reachable from chrome web store …

I hope extension will be unblocked really soon. Somebody at Google initially dont like my too long Description (as i found after maybe 10 emails to them). Now finally looks like they accept my new, very reduced version of Description, but found that i dont post some Privacy Policies (Through i dont actually collect any user data...)
So Tabs Outliner is still under Pending Review but i hope it's the last thing and in few days it will be available again.

Unfortunately, this is a bug that is introduced in the latest Chrome release (interesting that such bug was already present a year ago, then they fixed it, now it's reaper again). And yes, most likely it's related to tree size, it's seems work normal with small tress.

For now i still not have a solution. chrome hang in some internals during Drag&Drop, without possibility to intervene. But i hope i will find some workaround and of course i plan to fix this, i myself have around 60 000 nodes and Drag & Drop is basically not working anymore for me either.
Not very sure but seems that in  Chrome Canary maybe this issue actually fixed, through i not test with really  big trees...

For now the only thing i might suggest is to just export tree through Ctrl-S or/and just save backup to File and start from scratch...

When will tabs outliner be reachable from chrome web store …

Google temporarily disabled it for some reason.

I am now in process of solving this issue. The extension is under Pending Review process. But i don't know how long it might take.

Unfortunately, it's impossible to reinstall and have access to own data in the cloud until Google will not enable it again as the cloud storage tied to the specific instance.

I hope the issue will be resolved in next few days.

All tabs are saved

Most likely you have enabled in chrome://flags the Fast tab/window close feature.
It's not supported and this cause all closed windows to continue stay in the tree.

If i correctly understand the problem( not sure about this)

Yeah, currently search is just a quick hack. Unfortunately i cannot promise faster improvements here, as many more much more critical issues is stacked ahead.

Is there a way to recover lost sessions

Only if you create and save some backups to Google Drive or a file, it's possible to create them manually in free mode, in paid mode they must be created automatically every day.
Alternatively you can try to revert the whole Chrome Profile directory back in time using your system backup or some other system features (Time-machine on MAC or folder Previous Version on Windows ), but this a complex task actually, with not very guaranteed results, and possible with many new troubles, so basically the only practical option is the backups you make from Tabs Outliner itself, if any.

I need to admit the the trouble is most likely in Tabs Outliner. Recent Chrome changes make it very unstable and leaking memory as hell. But only in case you have huge tree.

this soon fill be fixed.

But for now i recommend to export your current tree to file, reopen this file to check if export complete successfully, then uninstall the extension and install it again - this will clear the database and you will start with new small tree. And hopefully will have 6 more months until it will start to hang and crash again. 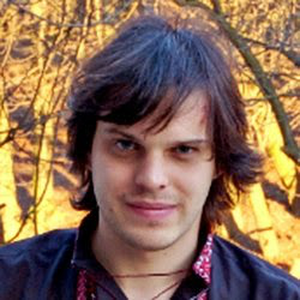